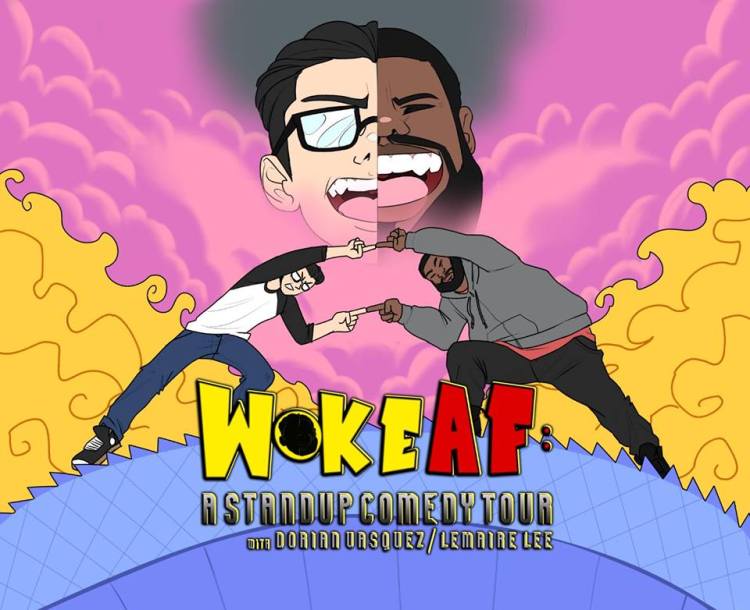 The WokeAF tour invades the South City Comedy Showcase on February 16th! The show is co-headliners Dorian Vasquez and Lamaire Lee from Philadelphia.

Dorian Vasquez has become a force in the Philly Comedy scene; running shows like Punk Rock Comedy, Max Capacity, and the Victoria Freehouse. He has opened for headliners like Chad Daniels, Ryan Singer, and Dan Cummins, and has performed in festivals like the Cleveland Comedy Festival, and Gilda’s Laughfest, to name a few.

LeMaire Lee is a standup guy, and comedian, who has opened for headliners like Baron Vaughn, Dan St. Germain, Joe List, and Luis J. Gomez. He has performed in festivals like the SF Sketchfest, Gilda’s Laughfest, and others. With fellow comedians Brandon Mitchell and Keane Cobb, he co-hosts the Alt-Black Podcast, which can be found on all platforms including Spotify.

The show will also have special guest Mollie Amburgey of the Casually Mollie podcast and hosted Tom Brown.

Cost is $5 at the door. Apotheosis Comics features a full bar with beer, wine and liquor selections.

Published by The Tom Brown